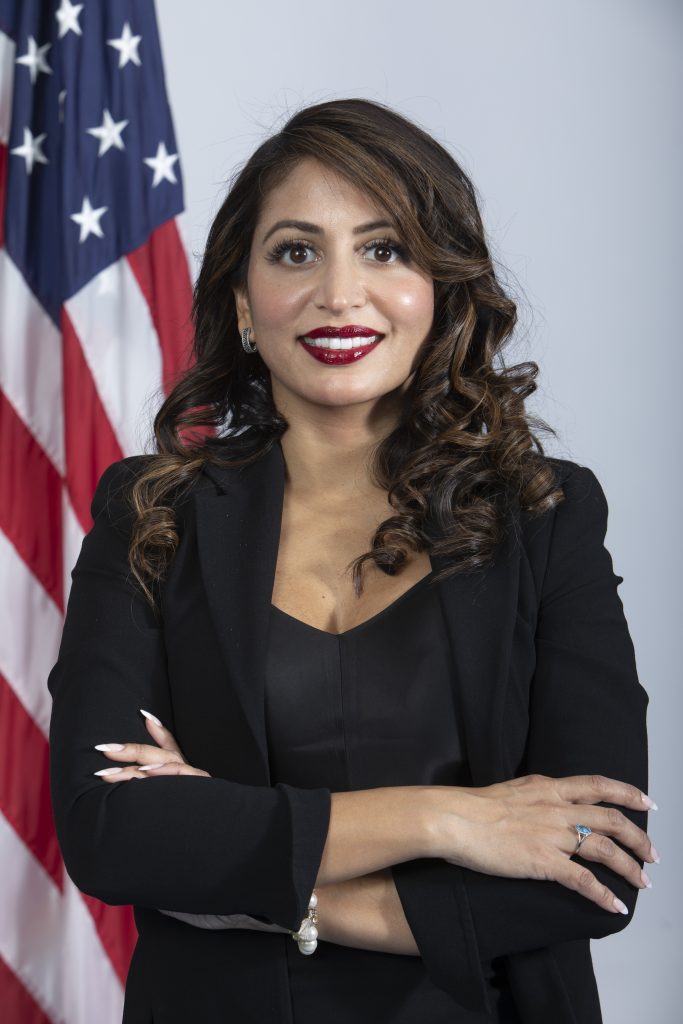 Rhonda Binda, raised in Southeast Queens, is a visionary leader with a passion for social and environmental justice. In her youth, Rhonda successfully lobbied the New York City Council for New York Public Interest Group (NYPIRG) to shut down Fresh Kills, the largest toxic site in the country. As an attorney, she represented and released wrongly detained clients before the US Immigration Court of Appeals after 9/11 pro bono and broke up internet and cable monopolies. In government, she served in both the Obama-Biden and Clinton-Gore Administrations as a US Diplomat and in the West Wing.

Inspired by her love for her hometown, Rhonda returned to Queens as the Executive Director for the Jamaica BID, the borough’s largest business district where she took action against stark inequality of resources and investments made in the Borough. Under her leadership, Jamaica remarkably rose through the ranks to be named the #1 neighborhood in the city, won #1 awards from the NYC Department of Small Business Services (NYC SBS) and #1 in the state for downtown revitalization, raising Jamaica’s profile as a unique, vibrant multicultural center for retail and tourism.

She continued to serve her community as Chairwoman of South Asian American Voice, Vice President of the Guyanese Girls Rock Foundation High School Women’s Leadership Academy and on the boards for The Boys and Girls Club of Metro Queens, The New York Hall of Science and Positive Women United.

Rhonda is an internationally recognized People’s Choice leader in building smart cities and connected communities. She is an Adjunct Professor at Medgar Evers College at the City University of New York and served on both the 21 Century Government and Foreign Policy teams for the Biden-Harris 2020 Presidential campaign. Rhonda attended Queens public schools in District 29 and, because of her academic potential, was recruited for the prestigious Prep for Prep program, which provided her a path to scholarships to The Lawrencevill School, Duke University, Georgetown University and Oxford University. Rhonda has traveled to 6 continents, 40+ countries and hundreds of cities working with state and local leaders, and lives in Jamaica Estates, Queens.